Over the past 14 years, our researchers have been called on to solve problems commonly found in the egg industry. With products as fragile as eggs, losses can be quite significant as eggs are transported to consumers (from egg cage to grocery store). With the egg breakage rate running from 4.63 to 16.28 percent overall, a reduction in breakage could add significantly to the bottom line, without the need to invest in ramping up production or sales.

Staff members at ORKA are involved in ongoing research and development of other egg-quality measuring devices and have received valuable feedback from different segments within the industry. Researchers realized that in addition to analyzing egg shell quality, they needed to ascertain the stresses that are placed on eggs. Simply put, they understood the need to analyze the experience the eggs go through from egg cage to store, in order to identify the reasons for breakage.

In most of today’s facilities, human egg handling has been replaced with mechanisms, that when working properly, perform efficiently, but small issues in the line can have devastating results and cause untold damage to a large amount of eggs. The technological challenge was to pack multiple sensors into a tiny package, the size and shape of an egg, and record in real time the stresses and forces that affect it as it passes through an in-line commercial egg production facility. The concept of testing the effects of a production line on the egg was new to ORKA researchers. But working closely with egg production workers, staff were able to identify the many causes of breakages and create a product that alerts production staff to these issue. ORKA took the challenge and came up with the very first wireless egg.

The Wireless Egg Node™ provides real-time monitoring of eggs in grading / packing facilities as well as egg transportation systems, pinpointing the exact locations where egg damage is caused, enabling staff to reduce egg breakage and reduce losses. As the Wireless Egg Node™ traverses the facility; it transmits data to a computer, recording shocks, vibrations, rotations, tilting and temperature of the egg. By analyzing the results, staff can pinpoint the exact location that is causing the breakages.

Based on the wireless technology developed for Wireless Egg Node™, and requests from potato and avocado processors, ORKA created new products including the Wireless Potato Node™ and Wireless Avocado Node™ .

this instrument is a portable LED battery/mains operated egg candling lamp for both white and brown eggs in any environment. 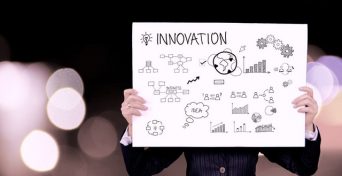 We can apply our wireless technology to any fruit, vegetable or products as required. Other wireless products are coming soon, stay tuned!

Our devices are available internationally and are supported by a worldwide network of distributors to assist with technical support, service and 1 year full warranty.

All our products and systems are designed to meet safety standards of the industry. Our researchers are constantly working to improve our hardware and software and are committed to producing top quality testing devices.